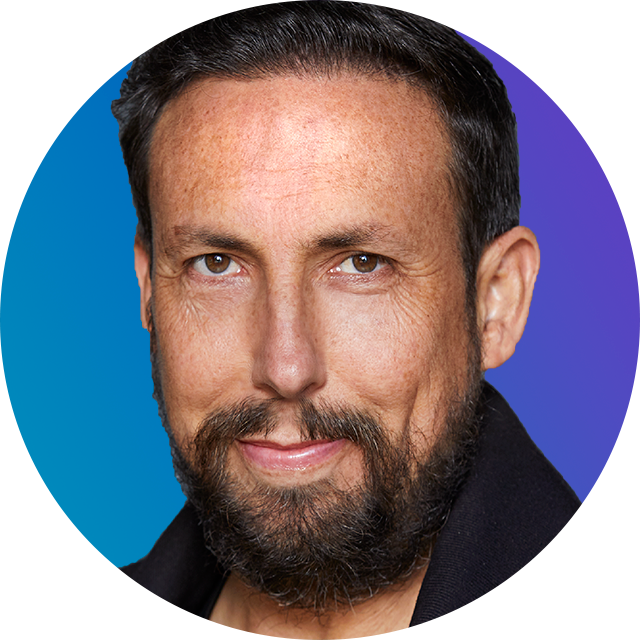 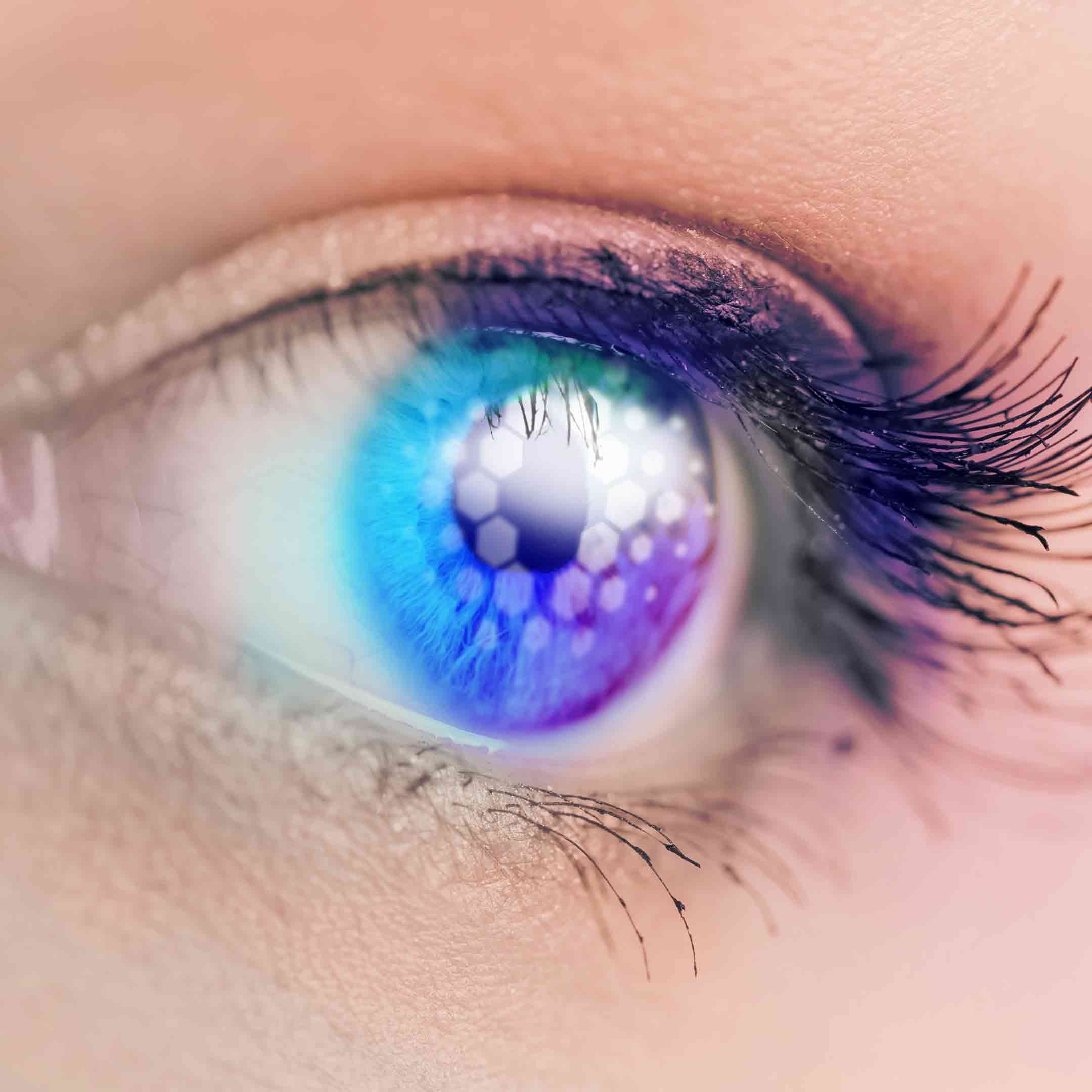 I was tired. Exhausted. Burned out. Work pressure was high and I’d just ended a long and difficult relationship. My writing (what I do for a living) had begun to suffer badly—and my income dropped to its lowest point in over a decade. If I didn’t figure something out quickly, my entire life was going to unravel.

That’s when I first discovered the power of neurofeedback, a safe and researched technology designed to help reflect your brain’s activities back to it.

The (increasingly researched) potential of neurofeedback ranges from increased focus and calm, to becoming a monk-like meditator in a short amount of time. It all so sounded intriguing. So when I was referred to a practitioner in the Stanford area, I jumped at the opportunity to see if neurofeedback could help me.

Typically, the way you do neurofeedback is to go into a clinician’s office and then he or she will apply some gel and electrodes to different places on your scalp, in order to read your brainwaves. So I did that. And I found the first session to be very pleasant and relaxing. I just closed my eyes and listened to the sounds, which seemed to get louder and more consistent.

Later, I found that these “louder sounds” meant that…

My Brain Was Learning and Evolving at a Quantum Rate

I can’t say I noticed that, but what I did notice was a huge reduction in my stress, a Boost in my mental clarity and ability to focus. And just generally being in a better mood, much of the time. I was able to use neurofeedback to recover from my painful relationship end and burnout to recover and rejuvenate.

Things improved so much for me so fast, when I heard of something called a “neurofeedback intensive” that cost $15,000 for the week—I couldn’t help but be intrigued. I looked more deeply into this and found out that there are companies that offer people the ability to do neurofeedback and deep inner work with a therapist intensely for a week. And charge a massive fee to do it. Even though I didn’t have the money at the time, I made the decision then and there that I would find a way to do that.

Long story short, I found a way to experience the $15,000 neurofeedback intensive — and it was beyond what I had imagined possible. There was such profound transformation in the way I felt during that week and after, it was like a cloud had been lifted. My natural happiness was emerging. I was becoming a joyful person.

By that time, I’d also begun to experiment with powerful plant medicines and had profound “inner” mystical and healing experiences. I have no regrets and believe they can be therapeutically indicated in many cases. I’m happy they are being studied so much right now.

But in my mind, the benefit of neurofeedback was that it was teaching my mind how to create that blissful experience on its own, versus it being ‘induced’ by a plant outside substance that you might then need in the future or become dependent on.

This was only the beginning. My experiences really became powerful when I began to explore something called gamma neurofeedback training. Gamma is the fastest brainwave on the spectrum, typically measuring 40hz and above, for anyone who cares about the math or science:

Speaking of math and science, higher gamma brainwave levels are supposed to be a signifier of higher levels of intelligence. So the fact that you can Train and increase your gamma levels with gamma neurofeedback is hugely promising. By this point, I had already increased my alpha and theta brainwave levels during the neurofeedback intensives, but not gamma yet.

Gamma neurofeedback immediately became the most powerful personal development, growth and transformation tool I’d ever experienced or heard of.

(By the way, studies show gamma brainwave amplitude and coherence go up during plant medicine journeys. So in some ways gamma training is like doing plant medicine, only safer and with no need for outside psychedelic substances you may not want to risk.)

This Is Coming from Someone Who Has Spent Over $300,000 on Coaching, Retreats and Personal Development

Yes, that’s what I’ve spent trying just about everything out there, from Tony Robbins to $15,000 brainwave intensives. With gamma brainwave training, just like before, I would get electrodes placed at select points on my scalp — and then begin listening to headphones to hear sounds, like rain and chimes. My brain loved the feeling of making more gamma.

I began to feel an overwhelming sense of joy, almost ecstatic. It seemed surreal—yet also more real than anything else. Happiness for no reason. I couldn’t believe how good I felt, and how clear and nimble my brain seemed to be.

Back in my life, I noticed the benefits of the gamma training immediately. Besides becoming naturally happier and more joyful (which, let’s face it, is HUGE—isn’t that what we’re all looking for?)

I noticed that gamma training made my brain more resilient (stress just seemed to roll off of me), more focused and its like its processing power just went way up. I could juggle more things in my head and in my life. And do it successfully, in a way I hadn’t been able to do before.

Gamma brainwaves have been observed or believed to be high in great geniuses like Newton, Einstein, Tesla and many others. Gamma neural stimulation is currently being studied for its ability to help fight off cognitive decline and keep your brain young for many years longer. The benefit list was growing by the minute.

But the biggest benefit of gamma may be in what it does for your meditation. You see, high gamma is not just for geniuses— research has shown up to 700-800% higher levels of gamma in the world’s most advanced meditators, i.e. monks or Lamas with 40,000 to 50,000 lifetime hours of meditation.

Gamma is what creates that feeling of oneness, bliss, compassion. In fact, one study found that when monks meditate on compassion, their gamma levels increase. This was first documented in the case study about a monk named, Mattieu Ricard, who researchers called “the world’s happiest man”—due to his superhuman gamma levels.

I was shocked that I’d been doing spiritual and personal development for nearly 20 years and had never heard of this. Why wasn’t everybody talking about gamma neurofeedback training?

It’s literally a direct path to becoming naturally joyful, effortlessly Zen, and yet also smarter and higher-performing in just about every way.

The reason should have been obvious based on my own story. I was lucky enough to stumble upon this whole neurofeedback intensive thing — and find a way to get in. But not everyone can do that; nor does everyone have $15,000 to take a week out of their life and go to one of these training events. Very few people can, in fact. And even if you were willing to spend the thousands of dollars to work with a clinician, good luck finding who specializes in gamma.

This Created A Challenge For Me, Because I Really Wanted To Do Gamma Neurofeedback Regularly I’d seen what it had done for all areas of my life. I was healthier. More financially successful. More connected to my body and spirit. And not to be repetitive, but I was just plain happier for no reason. This is something I wanted more of. I think we all do.

That’s when a friend introduced me to the founder of a company called Sens.ai, Paola and her husband and COO, Geoff Telfer. They were warm, kind, and brilliant. But most importantly, they had been developing a gamma neurofeedback headset that could be used at home, by anyone. If successful, this would be one of the biggest breakthroughs in neurofeedback and brainwave history, because the ability to do gamma like this has the power to change the world. I truly believe that.

They showed me how their headset — which works just like headphones, no goop or gel required — reads a flawless gamma signal that equals or exceeds the most expensive professional systems. That is mind-blowing, literally. They also walked me through dozens of Programs for upgrading your brain that had been coded into the headset and corresponding app (did I mention the whole thing is wireless?). There were gamma Programs that could help with memory, intelligence, cognitive performance, meditation, and more.

But there are also dozens of other brainwave Programs that included alpha, theta, delta and something called beta-SMR. All of which help with stress and fatigue, enhance creativity and focus, and more. I couldn't believe it. They even created a whole game inside the app that you play, where you go on an interstellar journey, training your brain along the way as you try to save your home planet. It made the whole neurofeedback journey even more fun and positively addictive.

Much More Than Gamma Brainwave Technology

Paola and Geoff and their engineering genius partner, Corey, also found a way to add two other synergistic and performance-boosting technologies to their headset besides multi-brainwave neurofeedback. The first is something called photobiomodulation (tPBM), which uses light to enhance your brain health and performance. And the second is called heart-rate variability (HRV), which is a highly researched tool to not only measure but also optimize your response to stress, which helps you in countless ways.

Given my experience in the neurofeedback world, where practitioners can charge thousands of dollars for a short course of treatment, or you have intensives that cost $15,000 for the week — I was expecting their headset to cost a fortune. But then they revealed the price, which you can see on this page. Needless to say, I was pleasantly surprised, given that I could use this over and over for many years and save myself tens of thousands of dollars on neurofeedback therapy done in other ways.

Again, I cannot underestimate the significance of being able to do gamma training at home, for the first time. The brainwave of geniuses and advanced monks can suddenly be available to everyone with the ability to make a modest investment of time and money into their mental health, happiness, and quality of life.

Am I Meditating Right?

Which Meditation Style Is Right For Me?